Cannabis in the
Carpinteria Valley 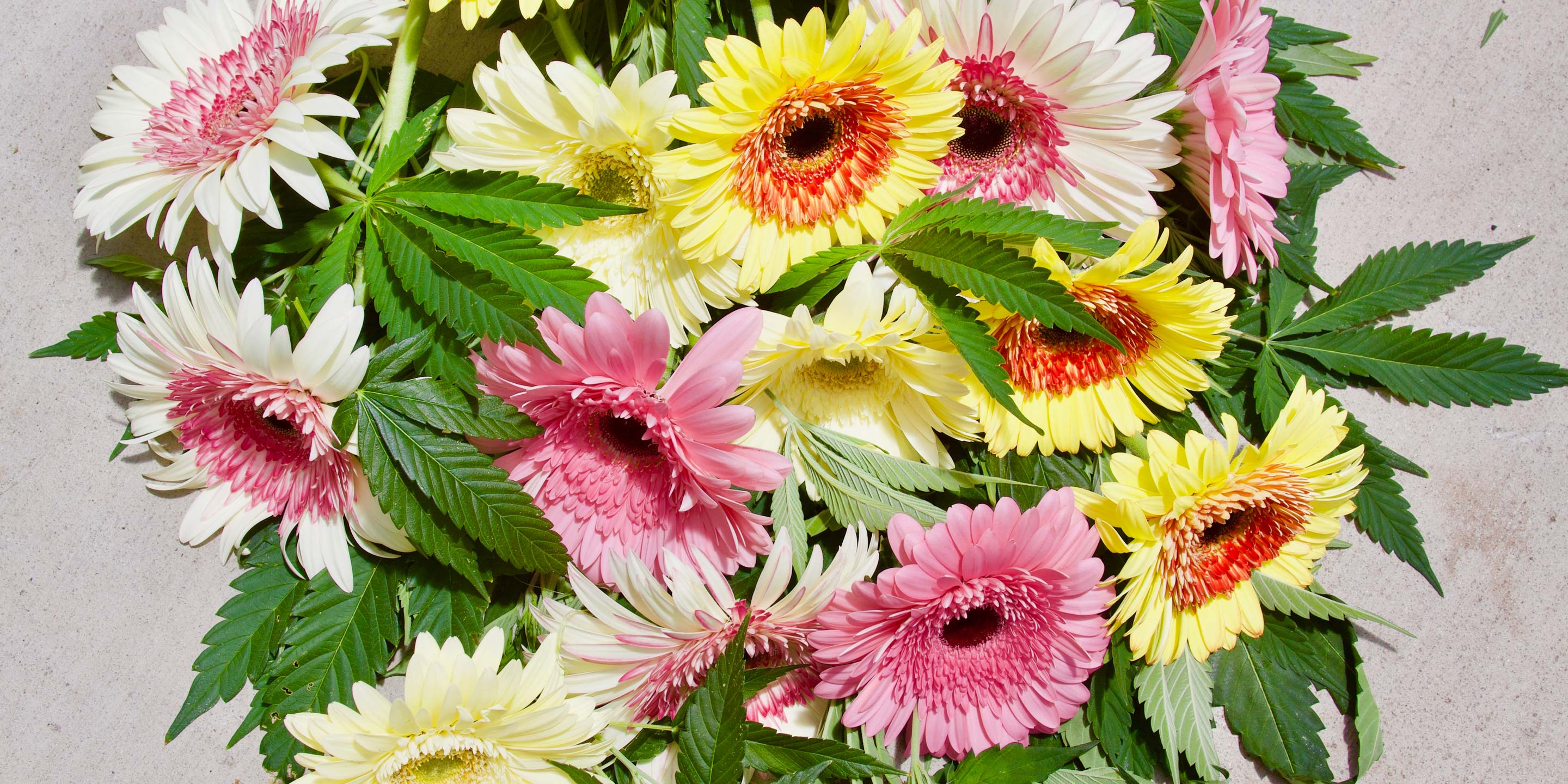 When Dutch farmers started arriving in Carpinteria in the 1960s, the cut flower business was booming. Carpinteria offered an ideal growing climate, and for decades local greenhouses produced the vast majority of the nation’s cut flowers. Crops evolved with trends and market pressures; roses and chrysanthemums gave way to gerberas and other bright blooms.

Then in the 1990s, the U.S. lifted restrictions on South American flower imports. The aim was to curb coca farming by encouraging flower growing. By leveraging inexpensive labor and land, along with weak environmental regulations, imports soon dominated the domestic flower market.

Carpinteria Valley growers held tightly to select market niches, growing and selling flowers like gerberas that are too delicate and difficult to ship for importers. But even that market has recently felt the pinch of imports, and making a living off cut flowers grew more and more challenging over the years.

Local growers started shifting into cannabis a few years ago to feed the growing demand of the medical marijuana market. Californians approved the Adult Use of Marijuana Act in 2016, after which state and local jurisdictions began developing regulations and a tax structure for the product. Members of CARP Growers have been involved in shaping county regulations in an effort to ensure best practices in Carpinteria Valley.

Members of CARP Growers operate over 30 acres of greenhouses in Carpinteria Valley. Our farmers all have invested in the best odor control systems on the market. They recycle water, use beneficial insects instead of chemical pesticides, and have black-out screens to prevent light pollution. Our farmers intend to be part of the solution by positively contributing to the community and following the cultivation laws drafted to reduce impacts on neighbors and the environment.

California is one of many states riding the wave of cannabis legalization. In 1996, the Golden State passed the Compassionate Use Act and was the first of the states to legalize medicinal cannabis. By the time Californians passed the Adult Use of Marijuana Act in 2016,  Washington, Oregon, Colorado and Washington D.C. had already legalized recreational use, and residents of Nevada, Massachusetts and Maine were also at the polls passing similar ballot initiatives. Currently, 10 states have legalized adult use of cannabis, and 33 have legalized medicinal cannabis.

California state law includes a stringent testing system from seed to sale for each plant. Cannabis is tested for chemicals and potency before it can be sold to consumers. Three agencies regulate the industry, and the plant is taxed at each stage of production and sale.

Santa Barbara County passed a local ordinance to further regulate cannabis cultivation. In Carpinteria Valley, there’s a cap on acreage and outdoor grows are prohibited. Greenhouses must have odor control and security systems.

Stay up to Date